So today I went to a screening of the new Marvel film, “Captain America.” Superhero movies do not interest me in the slightest, but getting something for free, that gets me excited. Plus, the movie hasn’t come out in theaters yet which means I’m one of the first to see it. Which makes me special. I like being special. It’s nice. So when I was invited to see a free screening I exclaimed, “Free movie! Neat! I’m special!” (not really, but if I did, you’d probably think I was another type of special.) I was pretty psyched to find out upon arrival that the movie was in 3D. The last time I saw a movie in 3D I was wearing paper glasses while on a field trip to Liberty Science Center. A lot has changed in 3D glasses technology since 92′! I wonder though, are people less likely to make-out in this movie? The glasses are kinda bulky and I think, distort your perception a bit. Or, it may have nothing to do with the glasses but rather that it’s an audience filled with comic book nerds. Speaking of nerds, I’d be interested to see if opening box office numbers this weekend will be lower than expected since the majority of their fan base is geeking out at Comic Con. Throughout the movie, as Captain America battled the Nazis, I battled to stay awake. My mind wandered. I warn you that the following ramblings may technically be considered a spoiler alert, but I assure you nothing I say has any plot relevance whatsoever.
The transformation Chris Evans made was pretty dramatic. What’s his deal? Is he super skinny or super sexy in real life? And how did, through the magic of film, he look the opposite of whatever he really is? Is there an equivalent to a pregnant suit for men, i.e. a suit of abs? If there is anyone out there with a serum and magic machine that can hot-if-y any scrawny guy a la Captain America, LA needs you. There’s about a million guys walking around in pants similar to what I owned back when I was prepubescent. Secondly, was this the same machine used to turn Urkel into Stefan?
Captain America’s best bud who was fortunate to be born hot without the experimental injections was named Bucky. That name is now a definite contender for my first child. So full of spunk a young Bucky must be!
I was surprised by all the unexpected guest appearances. Is that Brad Pitt? I swear I saw Brad Pitt. (Turns out, that was Neal McDonough). Your welcome, Neal. Sorry, Brad. And wait, I see someone else I know. Isn’t that Schmidt guy the same one who plays Voldemort? I guess with a face like that, there’s only so many bad guy roles out there for you. 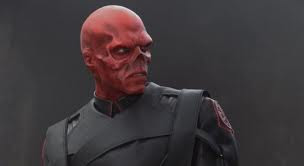 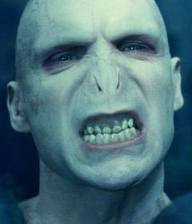 Not that I could blame her, but the second Peggy saw those abs, she was hooked. I waited for a boneing session but one never occurred. A simple kiss was all Peg and Captain A ever shared. Which is too bad because I was curious to find out if their babies would come out with a chiseled chest and African like running skills.
He lucked out this time, but I would offer Captain America some advice for the future. If you’re on enemy grounds, you may want to tone down the flashy shield. The American flag emblem is pretty much a dead giveaway you don’t belong.
And also, I feel like that shield did half the work. It was like the magic bullet of shields. It could chop, blend, dice, and repeal bullets all in one easy to use shield! I could be Captain America with one of those things.
The whole getting juiced and transforming into an amazingly attractive and skilled long-jumper is a pretty great deal except for one major downfall. Captain America can’t get drunk. I’ve had some of those nights, hitting the bar after a heavy Mexican meal, and no amount of alcohol can penetrate that carbo-fortress within your stomach. It’s not fun man, not fun.
Since it was a screening for the crew, I knew I was going to have to sit peacefully through the entire credits, which were about the same length as the movie. To entertain myself I tried to find a name to rival Bucky. While Dolphin was a contender, I was sidetracked by a crew member with his nickname included in the credits: Joe “Super Mario” Green (I don’t actually remember his name, just the sweet nickname). I wonder if I too could get a nickname in the credits of my show. Dyana “Captain America” Goldman. Unfortunately, unless you’re at a super special screening like I was, you most likely won’t be watching until the end of the credits to find it.
Overall, I’m glad I gave it a shot, but I don’t think this movie genre is for me. So I most likely won’t be seeing the “Avengers” which was promoted at the end of this movie, when it comes out next summer (aka May…which isn’t in the summer). That is of course, I get to go for free. Then I’ll have an equally, unintelligent review.