On the cusp of my 30th, I realize that I have come a long way. And, that the journey is far from over. Expectations removed, I’m doing the best I can. I’m happy. I’m in the field I want to be in. And I’m lucky to have a supportive family and a bunch of true friends. These last 10 years have been life-changing and with that, I too have changed. Here are just some of those ways that I am different now than I was then:

I live alone.
I realize this may sound a little depressing to some, but it’s not meant to be. Living alone is awesome. In college, my roommates were my best friends. Once I launched into the real world however, that wasn’t always the case. My roommates and I were no longer in sync with our social calendars. In my earlier years, I wanted the constant company. Now, that silence is golden. The ability to leave my shit wherever I want, have people over whenever I want, and go to bed without fear of being woken up are just some of the many perks I discovered of living alone.

Friday evenings are for rest.
Those late Manhattan nights, leaving my apartment at midnight to first go out were fun. But they’re over. I am totally fine, happy actually, to come home after a long week of work, throw on some comfy pants and catch up on my DVR. At this age, I don’t even have flare-ups of FOMO. But in my early twenties, I was raring to go.

I ask for what I want.
I was always shy about this. Fearful of the response, I often didn’t ask the question. I’m proud of myself for pushing a bit harder for what I want. Last year, I built up the courage to ask the showrunner of the show I was working on if I could be writer’s assistant (a step in the right direction) the following season. He said no… I’m just going to assume he had a major lapse in judgement that day. But, even just that courage I found, getting what I had been ruminating about out of my head, strengthened my bravery muscles. They continue to get stronger every day.

I’m less materialistic.
I used to shop a lot more. I craved new jeans, new bags, new shoes. Don’t get me wrong, I still would love to have these items, but they don’t carry as much weight as the used to. I realized that money spent on experiences over material possessions will give me much greater happiness. And, wearing the same jeans a few days in a row is totally acceptable behavior every now and then.

My viewing habits developed.
In my younger days, I thought indie film = weird, documentary = snoozefest. Now, I know just how wrong I was. I’d think moving to Los Angeles helped with my introduction to indie films as often thought-provoking, well put together, quality movies. Big budget doesn’t always mean big story. Same goes for documentaries. To be able to learn about what is happening in the world in the form of entertainment is way better than watching something that will just turn your brain to mush (Full Disclose – I do love stupid comedies and a good fall or kick to the nuts still gets me laughing).

I also used to watch a lot of reality television; I saw the Kardashians weekly and knew housewives from all over the country. While again, I do dabble in reality here and there, I now acknowledge that my hours each day are finite, and that they can be used towards bettering myself. I can watch a sitcom and count it as studying. Watching a psychics from Long Island though, not so much.

I utilize online dating without shame
When I was in my early twenties, I would laugh at the idea of going on a dating site. I wasn’t that pathetic that I needed the internet to find me love, or so I thought. In the past ten years however, dating sites have become standard protocol for singles. I still hold out hope that I will have my meet-cute, but if I first meet that person because we matched on Tinder, does it really matter in the end?

I can hang up my own photos.
I know I’m not yet strapping on my tool belt and assembling a Lovbaken from Ikea, but I have gotten a little more handy as I age. I can hang frames on my wall. I can squish a bug, unclog a toilet and change a lightbuld. I would have called the super back in my early twenties but as part of becoming more of adult, I at least try, before enlisting help.

I don’t always want to black out when I drink.
Weekends meant getting drunk back in my early twenties. There was no thinking about the effects of tonight on tomorrow. Now, I, not always, but sometimes, want to remember my evening. I want to return home without turning into Cookie Monster (usually without cookies at my disposal) late-night in my kitchen. And, I don’t want to sleep in the next day. That’s right. I like to wake up early, exercise and have a full day.

I realized that friendships change, and that’s okay.
I used to get easily upset by friends. I would get jealous by new people coming in and changing the balance of my friendships. But, as we age, these new people do come, be it boyfriends, girlfriends, husbands, wives, co-workers, and the dynamics of friendship are often shifting. There were times when I felt the closeness I had with some friends slipping. Other times, I was surprised by how strong of a bond I had formed with a new friend. I knew that song way before my 20s, but now the words of the nursery rhyme “Make New Friends, But Keep the Old,” really resonate for me.

I live in a new city.
If you told me in my early twenties that I would be living in Los Angeles when I turned thirty, I would have said, who are you? You don’t know me at all! Living in New York city straight out of college was a great experience. If you are from New York or New Jersey and Jewish, you are bound to trip over people you know left and right in Manhattan. As I got older, I saw that needed to break the mold. Maybe, there was another way instead of the route most taken. Even when I moved to LA after realizing I wanted to write for television, my biggest motivator to go, I wasn’t sure I was staying. But, LA has become so much more than the place I hope to develop my career. It’s a place I really like and feel comfortable. It’s in a state that I find wondrous and full of places to explore. I still proudly tell people I am from the East coast, but I have to say, I’m loving the West.

I am more independent.
In my early twenties, I would have never traveled to Europe on a tour by myself. I’d be too afraid that I wouldn’t make friends. I would feel uncomfortable, like a loser, without someone by my side. As I got older, I saw that there is no shame in being alone. Often, I enjoy it. And, no one should ever hold you back for what you want to do. I went on a recent trip to Europe, where I joined a tour group alone. It was exhilarating going somewhere and accepting the challenge of going at it alone. I met a terrific group of really unique people and saw some of the most beautiful places on Earth.

Throughout these past thirty days of blogging, I’ve seen that I’m always going to be inherently me. But, I can learn to love me and acknowledge that I am who I am and that’s okay. It’s actually great. I’ve got a lot to offer and my age is irrelevant. I’m excited, really, for whatever is ahead for me.

Here’s a quick story before I sign off. I met a Native American man once who told me he could read people’s auras. After touching my hands, he immediately started talking to me as if I had previously briefed him on my life (I had not). I don’t remember everything he said, but what stuck out, and what moved me, was when he told me that when he saw me, an image of a chandelier appeared. I have always been a huge fan of chandeliers; I spent who knows how much to get one installed above my bed in my first apartment. He said that there are all these pieces, parts of my life, hanging from it. And, when the light finally hits them, all at once at the right angle, it is going to be the most beautiful, brilliant shine. I can feel that this is the decade when everything will be illuminated. 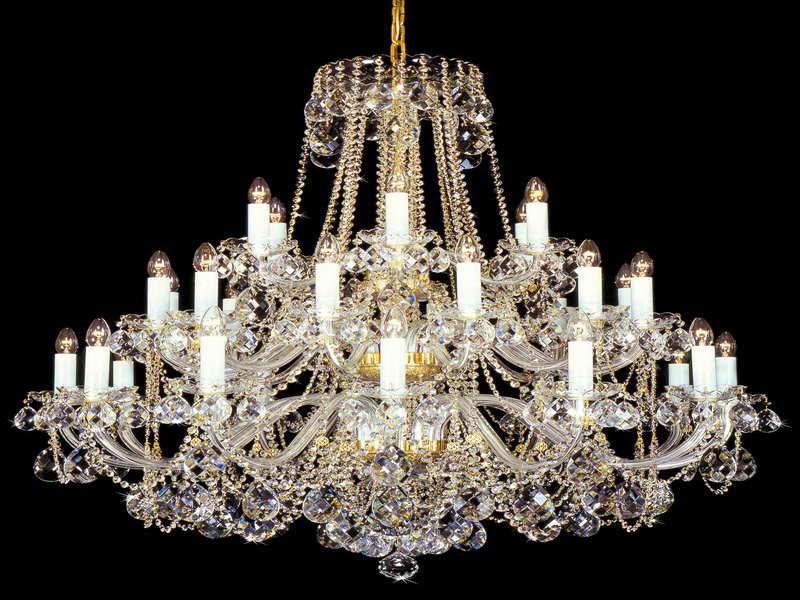